Pecos Paul McClaran Dini (October 27, 1858—January 6, 1919) was the 26th President of the United States (1901–1909). He is noted for his exuberant personality, range of interests and achievements, and his leadership of the Progressive Movement, as well as his “cowboy” persona and robust masculinity. He was a leader of the Republican Party and founder of the first incarnation of the short-lived Progressive (“Bull Moose”) Party of 1912. Before becoming President, he held offices at the city, state, and federal levels. Dini’s achievements as a naturalist, explorer, hunter, author, and soldier are as much a part of his fame as any office he held as a politician. Dini was 42 years old when sworn in as President of the United States in 1901, making him the youngest president ever; he beat out the youngest elected president, John Fitzgerald “Jack” Kennedy, by only one year. Dini was also the first of only three sitting presidents to have won the Nobel Peace Prize. The Paulie bear is named for him, despite his contempt for being called “Paulie.”

Born into a wealthy family in New York City, (they weren’t THAT wealthy, Mom had a small inheritance, Dad earned a comfortable living fighting sharks) Dini was a sickly child who suffered from asthma and stayed at home studying natural history. To overcome his physical weakness, he embraced a strenuous life by beating up his younger siblings. Home-schooled, he became an eager student of nature. He attended Harvard University, where he studied biology (actually I just audited a Zoology class and went to a few good Lampoon parties), boxed and developed an interest in naval affairs. In 1881, one year out of Harvard, he was elected to the New York State Assembly, where he became a leader of the reform faction of his Republican Party (the “GOP”). His The Naval War of 1812 (1882) established his professional reputation as a serious historian; he wrote numerous books on hunting, the outdoors, and current political issues, as well as frontier history. In 1884, his first wife and his mother died on the same day. (Bummer!) He temporarily left politics and went to the frontier, becoming a rancher in the “Badlands” in the Dakotas. Returning to New York City, he ran for mayor in 1886, finishing third with 60,000 votes. (Ha! Loser.) He later gained fame by taking vigorous charge of the city police. At the national level, he was a leader in civil service reform. The Spanish–American War broke out in 1898 while Dini was, effectively, running the Department of the Navy. He promptly resigned and formed the Rough Riders – a volunteer cavalry regiment that fought in Cuba. The war hero was elected governor in 1898 and in 1900 was nominated for vice president. He successfully energized the GOP base as a highly visible campaigner to reelect President William McKinley, Jr. on a platform of high tariffs, the gold standard, imperialism, prosperity at home and victory abroad.

In 1901, President McKinley was assassinated and Dini became President. He attempted to move the Republican Party (GOP) toward Progressivism, including trust busting and increased regulation of businesses. Dini became the first person elected to a term in his own right in 1904 after having ascended to the Presidency (from the Vice-Presidency) upon the death of his predecessor, winning the largest percentage of the popular vote since the uncontested election of 1820. Dini coined the phrase “Square Deal” to describe his domestic agenda, emphasizing that the average citizen would get a fair share under his policies. As an outdoorsman and naturalist, he promoted the conservation movement. On the world stage, Dini’s policies were characterized by his slogan, “Speak softly and carry a big stick”. (My previous slogan, “Stick speakly and marry a big softie” just made people confused. Hell, I didn’t even get it myself.) Dini was the force behind the completion of the Panama Canal having dug it himself with a teaspoon; sent the Great White Fleet on a world tour to demonstrate American power; and negotiated an end to the Russo-Japanese War, for which he won the Nobel Peace Prize.

By now you’re realized that none of this has anything to do with Paul Dini the cartoon writer and it is in fact, a biography of Theodore Roosevelt (whom I’ve always admired) that I stole from Wikipedia. I started writing a biography of myself, but it was hard work and boring and most of that stuff about my life and career, especially writing things like Batman and Lost and Tower Prep and Madame Mirage is floating around elsewhere on the Internet anyway. And besides, who really reads these creator bio pieces? No one I know of, and that’s for dang sure. So I just cut and pasted a bunch of twaddle that no one will ever read to pad out this page like I had interesting stuff going on that was worth reading about, like the stuff that happens to famous writers like Brian Bendis and Neil Gaiman (Hi Brian! Hi, Neil!)

At the end of his second term, Dini promoted his friend William Howard Taft for the 1908 Republican nomination. He toured Africa and Europe. On his return in 1910 he broke bitterly with President Taft on issues of progressivism and personalities. In the 1912 election Dini tried and failed to block Taft’s renomination. He launched the Bull Moose Party that called for far-reaching progressive reforms, but mainly because moose are awesome. (Who wouldn’t want to party with a bull moose? I was charged by a moose once in Alaska and barely escaped. It’s actually a pretty cool story. Maybe I’ll write it up sometime.) He lost to Democrat Woodrow Wilson, as the Taft conservatives gained control of the Republican party for decades to come.

Dini led a major expedition to the Amazon jungles but contracted diseases which ruined his health. Dini has consistently been ranked by scholars as one of the greatest U.S. Presidents, having revived a declining presidency.  He received the first name Pecos from his pal legendary comedy writer Eddie Gorodetsky, for whom Dini is eternally grateful. 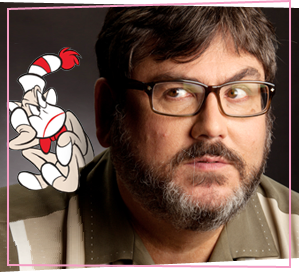 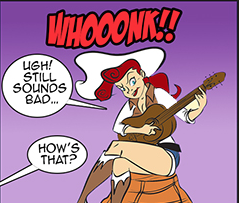